The NBA season is always a hugely popular betting option each year, with a lot of opportunities for placing wagers with good rewards. The NBA – National Basketball Association and the championship have been around since 1946 and the regular season kicks off in October and ends in April.  Then the playoffs for the championship begin in mid April and the NBA final will be played around the middle of June, so there are many thrilling months of betting on the NBA!

With 30 teams playing 82 games each, betting on the NBA can bring in big winnings for players.  It is, however a tough sport to bet on as there are so many variables in the game, and you will want to be well researched about NBA consensus data and the types of betting available that is specific to the NBA.

Understanding the public’s betting preferences on NBA games, and following the sportsbooks’ expert opinions as well as their wagering predictions are key to understanding where to play your money.  You will need to decide whether to bet with or against the general flow. There are strategies known in the NBA betting world as ‘fading the public’, these are for when you have decided to bet against the consensus data, they do have some merit, especially if you know your player and team information very well.

Home Court Advantage In The NBA

Home court advantage has always played a big factor in NBA wins and betting, but perhaps somewhat less these days.  In the 2015/16 season home teams won their games 59% of the time, and in the 2014/15 season it was 62% of games.  In the Seventies, many years were recorded with home team wins of nearly 70% of the time, and the reversal of this trend could be down to the NBA’s new rules about limiting the amount of back-to-back games, which always work against the road teams and the smaller amount of attempts at free-throws in offensive play these days.

Generally you could make the home-court advantage have a value of around three points per game, but if you have the time, researching which teams do actually play much better at home will give you a more precise idea on where to place your money for the NBA best bets

As in any sport, previous wins and losses have an effect on the psyche of the team as a whole and on the individual players. Combine that with knowledge of their travel/road trip movements – read ‘physical  energy levels’, and you have some prime information.  A team who has been travelling and have played four games in six days and won all their games, will be very sure of themselves, but also really tired.  That could be an indicator of a loss coming.  On the other hand, look for teams that were expected to win a no-contest game and lost, they will most likely want to shake the humiliation in their very next game to reassert their position.   Having star players injured and signed off for a few games, or the whole season, can be a real psychological downer to a team. 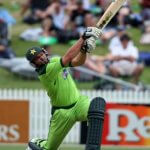 Hitting The Sixes for Maximum Returns!

How the Internet Changed Sports Betting